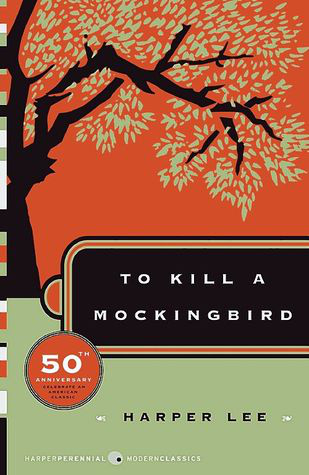 “You never really understand a person until you consider things from his point of view… until you climb into his skin and walk around in it.” – Atticus Finch in Harper Lee’s To Kill a Mockingbird

I wrote a piece recently arguing that because of the way the brain processes language, creative writing can simulate real-life experiences and ultimately teach us empathy. So when the hosts on the Book Riot podcast mentioned a recent research paper published in Science, one of the most prestigious peer reviewed scientific journals in the world, about how literary fiction engages the reader in empathetic behavior, I was very interested.

Briefly, the study by David Comer Kidd and Emanuele Castano found through a series of experiments that reading literary fiction resulted in a greater capacity for priming empathy than reading nonfiction, popular fiction, or not reading at all (the control group). They examined this by assigning short texts (or no text) to their participants, then analyzing the participants’ accuracy in interpreting emotions using the “Reading the Mind in the Eyes” Test, in which participants were shown photographs of eyes and were asked to decipher the subject’s mental state. Kidd and Castano chose literary fiction by selecting excerpts from award-winning novels and short stories (National Book Award, PEN/O. Henry Award) or “canonical writers,” and they pulled popular fiction titles that were best sellers on Amazon or published in a popular fiction anthology.† Subjects who read literary fiction performed better on the test than any other group.

When they spoke about the paper on the podcast, Rebecca and Jeff mentioned that the scientists weren’t interested necessarily in creative writing as I had written about, but in determining whether literary fiction is more conducive to improving empathetic behavior when compared to other types of reading material, such as popular fiction or nonfiction. Researchers Kidd and Castano speculated that fiction “forces us to engage in mind-reading and character construction,” but that not all fiction is created equal when it comes to activating empathy. They argue, and their data support, “It is literary fiction that forces the reader to engage in ToM [empathy] practices.”

Now, there are several exciting elements to this paper. First of all, holy cow, there are scientists who study literature. In fact, as I discovered in the citations, there is an entire journal, Scientific Study of Literature, dedicated to pursuit of this research. Science intersecting with literature! Research that supports the importance of the arts! Peer reviewed science that reveals the impacts of reading on our lives!

Second, I was thrilled to hear that researchers saw fit to investigate the hunch that most readers have: that literature takes us places, it provokes us, it makes us think, and as Kidd and Castano hypothesized, literature helps us understand our fellow humans better. Even more thrilling than the simple inquiry into our collective hunch was that their data support this hypothesis, that reading literary fiction temporarily enhances Theory of Mind (ToM), or the “capacity to identify and understand others’ subjective states,” allowing us to detect and infer others’ emotions, beliefs, and intentions.

In other words, these empirical, peer-reviewed data support book-lovers’ hunch that reading literature can teach us empathy. Reading fiction can have real life results.

Since we as readers already intuited that reading broadens our horizons and helps us understand people better, that second point was gratifying – confirmation of what I already believe! – but not necessarily what made me most excited about this paper.

The third intoxicating element of the study, what made me most excited about this paper, is that I finally have a better understanding of what literary fiction is. I’ve always wondered (not out loud, until now), what exactly is literary fiction? It seems a very vague term, even though when I read I can sense whether a book is “literary” or not: literary fiction feels deeper, richer, and more elegant than those page turners I love to devour.  Unlike pop fiction, which is fun to gobble up but has a one-note flavor and dissolves like cotton candy, literary fiction sounds layers of notes on your palate, has a complex aftertaste, and it sticks to your ribs. Literary fiction makes me feel satiated, invigorated, excited to talk to somebody about it, eager to label it “re-readable,” while pop fiction goes faster, is often more enjoyable (like potato chips!), gets returned to the library and then disappears from my psyche except to say, “Oh yeah, I liked that book – it was a fun read.” (A common feeling which, incidentally, this study also addressed: “Literary texts were enjoyed less than popular texts, but they were seen as better examples of literature.”)

I was glad to see I’m not the only one who cannot define literary fiction, because as Jeff and Rebecca discussed on the Book Riot podcast, and as Kidd and Castano admit, literary fiction is not quantifiable or, frankly, definable. They qualify in the introduction to their study, “In the absence of a clear means of quantifying literariness, the judgments of expert raters (i.e. literary prize jurors) were used” to designate “literary” selections.

Despite the lack of a clear definition, they present elements of “literariness” that are convincing to me, and that resonate with my experiences of reading Pulitzer and Nobel winners, or other works that would be classified as literary fiction:

Literary fiction forces our minds to engage in the same processes we implement when we interpret real people in our real lives. This is not to say that literary fiction is inherently better than popular fiction – evening wear makes us sit up straight and be on our best behavior, but that doesn’t mean we should live in tuxedos and sequined gowns rather than jeans and PJs – only that literary fiction serves a valuable role in helping us relate to our fellow humans.

Soooo, you might wonder, why do we care? As the quotes that lead this piece suggest, it is our capacity to understand one another that allows us to work together, to be kind, to be civilized. In a recent novel I read for book group, The Razor’s Edge by Somerset Maugham, one of the characters is dedicated to a life of “loafing.” He spends his time reading and learning, and those pursuits are devalued by his peers as frivolous, as laying around, doing nothing, much the same way the arts might be seen in public schools. As Kidd and Castano point out in their paper, “A new set of education standards that has been adopted by 46 U.S. states (the Common Core State Standards) controversially calls for less emphasis on fiction in secondary education.” Fiction has been devalued by school curricula, when this research shows it has real worth in honing social skills. For as Kidd and Castano also mention, literature is a valuable tool in social welfare programs that serve doctors to improve bedside manner, and prisoners to build life skills.

In other words, reading literature is not frivolous, is not laying around, doing nothing. Reading literature is not just loafing. Kidd and Castano give us empirical data that support literature’s value in building a skill set that allows us to understand our fellow humans better. And as the quotes that lead this piece suggest, it is our capacity to understand one another that allows us to work together, to be kind, to be civilized.

†From the supplementary texts to the Science article, Materials and Methods:

Examples of literary fiction used:
Excerpts of the first few pages from one of three recent National Book Award winning novels: The Round House by Louise Erdrich, The Tiger’s Wife by Téa Obreht, and Salvage the Bones by Jesmyn Ward. Also selections from the 2012 winners of the PEN/O. Henry Award for short literary fiction including Corrie by Alice Munro, Leak by Sam Ruddick, and Nothing Living Lives Alone by Wendell Berry.

Examples of popular fiction used:
Excerpts from one of three recent bestsellers on Amazon: Gone Girl by Gillian Flynn, The Sins of the Mother by Danielle Steel, and Cross Roads by W. Paul Young. Also excerpts from science fiction, mystery, and romance titles from Gary Hoppenstand’s Popular Fiction: An Anthology.

Thanks to my awesome husband for helping me get my hands on the original Science article (available by subscription only).